We have already taught the basic concept about scales and we showed the shape of the natural major scale and the natural minor scale. In this topic, we will start showing (in order to open your mind) other forms of shapes for the major scale on the acoustic/electric guitar.

It is important to observe how, in these instruments, the same scale can have different formats (shapes). Next, we’ll talk about scales on the keyboard/piano.

See some of the most common shapes for the C major scale on the guitar below:

Another variation starting from the 5th string:

Starting from the 6th string:

Another variation starting from the 6th string:

On the keyboard/piano, knowing the location of the notes, just play each scale according to the table below: 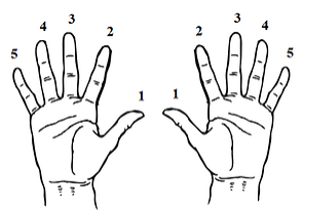 Also check the table of the natural minor scales of all 12 notes:

Go to: Degrees and music intervals