But what is the relative minor scale?

Note: if you are still a little lost on this subject of degrees, read the article “What are degrees?” again.

Well, as you can see, we are not learning any new scales here. This scale is nothing more than the natural minor scale we have seen; we are just creating a sixth degree link in relation to the first, and soon you will understand why.

If you take the C major scale and compare it with the A minor scale, you will see that they have exactly the same notes. That is, the major scale has a relative minor scale that is identical to it. Incredible, isn’t it? That is why the denomination “relative” is used. Compare below, for example, the C major x A minor and G major x E minor scales:

As the relative chords have an affinity with each other, they can be exchanged for one another. We will see this in more detail in the study of harmonic functions. For now, think about the scales, remember that you can always use the relative minor along with the major scale.

Try it out by taking a song in the major key and playing the relative minor on top of it. See how it fits perfectly? 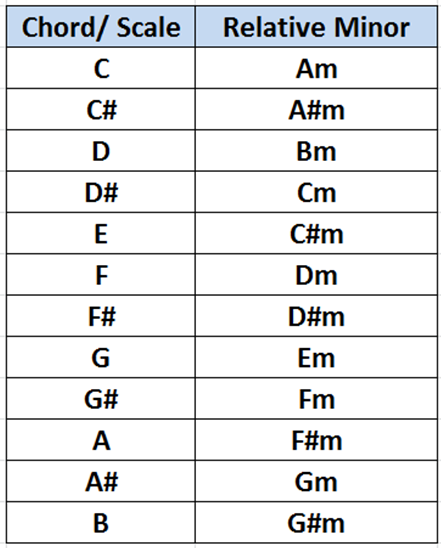